Since I hate doing tables so much, here's another one for you. It's a random rooftop generator.

Well, this one needs a bit of explanation: it was written up for a possible future city crawl set rather explicitly in the world of the Thief computer games. Don't diss it, it's a very intriguing setting and I'm convinced it's highly suitable for pen-and-paper roleplaying, and not just with fans - and one day I'll prove it. For those not in the know, it's a sort of medieval society meets Victorian London by way of steampunk setting. So no, it's probably not suitable for Ye Olde Standarde Mediaevale Englande setting.

How to use: a series of rolls down the table gives you one building (or rather, it's rooftop and basic function). You need an "anchor point" for some of the rolls which give you some attributes relative to something - it could be the previous building you've rolled up, that should work.

PS: I'm experimenting with the pdf conversion trickaustrodavicus described in the previous post's comments. Had to downsize the images a bit, but I'm not sure how legible it is. If it isn't, holler in the comments and I'll fix it somehow. 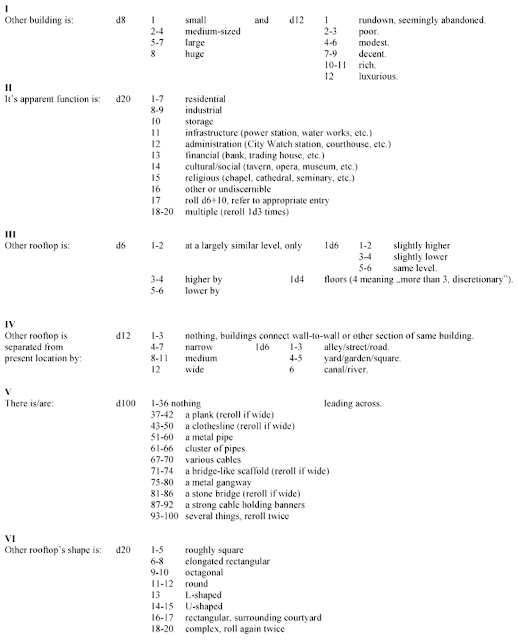 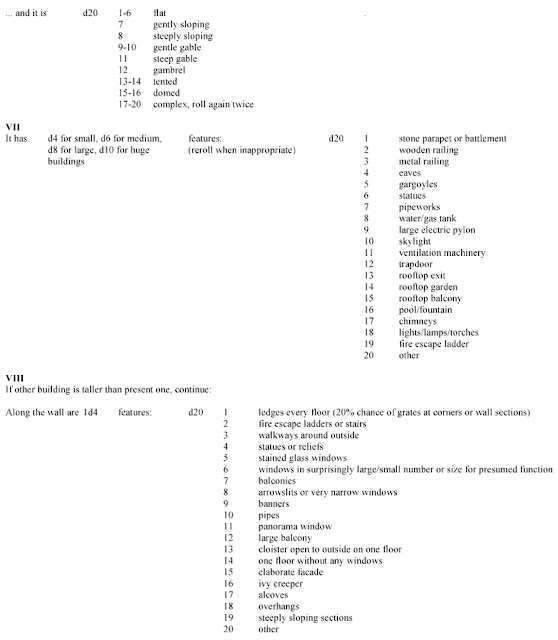